Hollerate!!!  So things are getting hectic around the Halodoesntsuck studios…August is gonna be a BEAST; Two weeks on the road with Pseudo Slang (Chicago artist on Fatbeats Records, check the link!!!) and two private events the following two weekends!!!  Oye Veh!!!  But, it’s gonna be good time for sure…since I was absent last week with Artist of The Week you get a DOUBLE shot this week (awww snappy son!!!) so let’s get into it so I can bask in the reflected glory that is Adam’s World Blog’s Artist of the Week.

A lot of artists like to say they can see the future of music, but how many have actually been to the future? According to Sintex, he has, and it was the inspiration for his 2009 album, 2020. Originally from Ohio, but now a Queens, NY, resident, Sintex’s story is an interesting one, and not just because of the time travel. Sintex had an extremely religious upbringing, and when I caught up with him this week he discussed it with me, as well as the way in which he rebelled against it. Also, since Sintex claims to have been to the future, I grilled him on when we’re going to get hoverboards, flying cars and robot maids.  For Full article visit Adam’s World Blog…

ARTIST OF THE WEEK; SOCE THE ELEMENTAL WIZARD 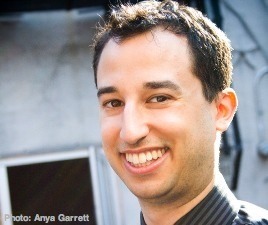 I’ll admit it, I probably should have been aware of Soce (pronounced So-Say) The Elemental Wizard a while ago. He’s a part of the NYC hip-hop scene and we have a lot of friends in common. Ironically, it was Iowa’s own Coolzey who, in a way, introduced us. During the 12 week run of Coolzey songs on this site one of them, week ten’s “Graduation Day,” was produced by Soce. Soce tagged me in a Facebook post about it, and alakazam, suddenly I was introduced to the wild world of Soce The Elemental Wizard. This week I caught up with him to find out more about that wild world, including his love of wizardry, how being openly gay has affected the way he’s been received within hip-hop, and how he scored the best website name on the planet.  For full article visit Adam’s World Blog…

As Strange Famous Records continues to mount an impressive roster of artists, I would like to take a look back at one of the beginning artists and albums they dropped from Prolyphic & Reanimator ‘The Ugly Truth’.  This records is Choc-A-Bloc full of jams that will make even the biggest hater’s head nod a lil bit.  Had a chance to sit down with Prolyphic when they first released the record waaaay back in 2007 and get his thoughts on eveything from his humble beginnings with Galapagos4 as one half of Stick Figures (alongside Robust) as well as how he linked up with both Sage and Reanimator.  Click the picture or link above to download; the zip come packed with treats two tracks off the album cover art and more!!!

Be on the looks this week for TONS more content for you to rock the F out to over the weekend!!!  SHIZAAAM!!!!

A million years ago working PR in NYC...
DOOM.
That time I caught up w #shockg outside of the #blackpantherparty 50th anniversary outside #oakland city hall. Tonight I’ll pay tribute to the man behind @digitalunderground1 and #humptyhump on my livestream #smthn_clvr 8-10pm EDT on FB, Twitch, and YouTube.
First wedding of the season in the books and it was a total banger.